Willpower is rubbish. It’s weak, it takes massive effort and it *always* crack or runs out eventually.

I suggest you rely on willpower as little as possible. There’s always going to be scenarios where you need to use willpower, an unexpected work drinks you cant swerve during Sober October for example, things are going to come up. But wherever possible, its far easier to just make it impossible not to stick to your plan.

I want to spend less time on social media. I think it’s basically terrible for your brain, wellbeing and productivity. So I decided to come off Facebook, Instagram and Twitter for a month.

So, instead of just telling myself “stop going on instagram”,  I had a close friend change my passwords. Now I can’t log in even if I tried. I mean I could get in there if I really wanted to, reset the password via email or whatever but the point is there’s *just enough* inconvenience to stop me from doing it now.

This is why you’ll never, ever train as hard on your own as you will with a trainer. 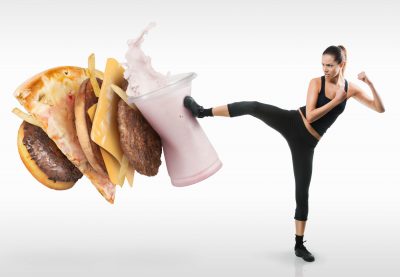 This leaves your finite willpower levels topped up for other aspects of life.