Five Things Worse Than Curling in The Squat Rack

He’s the most mocked figure at the gym. He’s the butt of a million fitness memes. He’s the one guy even the chilled out yoga instructor wants to strangle to death. Who is he? He’s the guy doing curls in the squat rack. Obviously.

And yes, taking up precious squat rack space to bicep curl a weight you could comfortably just lift off the floor is a heinous gym crime. Just think about: If you can’t deadlift a weight you intend to bicep curl, you’ve got a pretty gigantic muscle imbalance and should probably do something about that before trying to make your arms any bigger.

But is the much-maligned squat-rack-curler really the worst person in the gym? We think there are a few other contenders for that title. 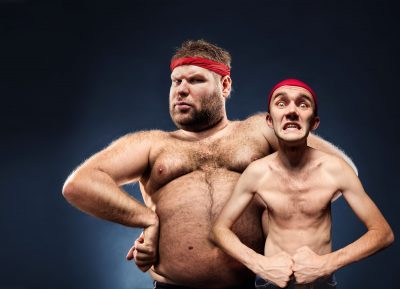 1 – The Screamer
A few years ago the US gym chain 24 Hour Fitness installed something they called a “lunk alarm”. The idea was, any time a client grunted or yelled, the alarm would sound thus shaming the screamer into silence. This earned that gym chain a lot of flack for being total wimps. And we agree;  gym is not a library. A bit of noise is natural. But there’s a time and a place for yelling. And for The Screamer, that time and place is every rep of every set.

You do not need to scream the house down on every rep of tricep kickbacks. It doesn’t make you look like a hero, its obnoxious and everyone is secretly laughing at you.

2 – The Skipper
Anyone who’s ever tried to train at 6 o’clock on a Monday evening knows floor space is a precious commodity at the gym. One wrong step could easily see you twatted in the balls by an errant kettlebell or stepping on the windpipe of a poor old lady just trying to do her sit-ups.

Which is why using a skipping rope in a busy gym is a crime. There are so many ways to warm up, and skipping is no better or worse than any of them, certainly not enough to justify the two metre arc of plastic rope viciously whipping through the air at face-slashing speed.

Suck it up Rocky. Other people exist. So find another exercise or, y’know, f*cking do it outside.

3 – The Stinker
This is every personal trainer’s nightmare and it happens more often than you think. Some people smell. This gets worse when they exercise. It’s ok. It happens. But ideally we take action about it. Bathing regularly, washing our clothes, using deodorant. Some people don’t do that though, and that’s when you’re duty bound as a trainer to do the most awkward thing imaginable and tell the client they smell.

I personally find this excruciating and would rather fake a cardiac event than point it out. So please don’t be that guy.

Here’s a tip. If, as you walk by, plants are wilting and birds are falling from the sky in confused, doomed spirals and people are retching into bins, you may have a body odour issue. 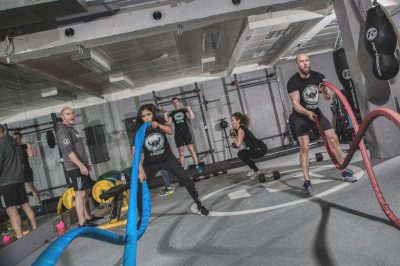 4 – The Hoarder
When I was a young lad I went out with a girl who shared a flat with a hoarder. I say shared, he was actually never there. Oh he paid his rent every month, and would occasionally dart in and out of his room in the night, like a furtive city fox bothering your bins, but she never actually saw him and he never seemed to sleep there.

Anyway, I got curious and looked in his room once. It was absolutely filled with old newspapers, chocolate bar wrappers and empty coke bottles, all stacked neatly, arranged according some mad, impenetrable system known only to him.

I think about that room often and even now, over a decade later, it still haunts me.

Anyway, that has nothing to do with gym hoarders. Gym hoarders tie up multiple pieces of kit and insist they can’t share because they’re doing a circuit. Don’t do that, it’s rude. Share.

5 – The Guy Doing Rows Leaning Against The Dumbbell Rack